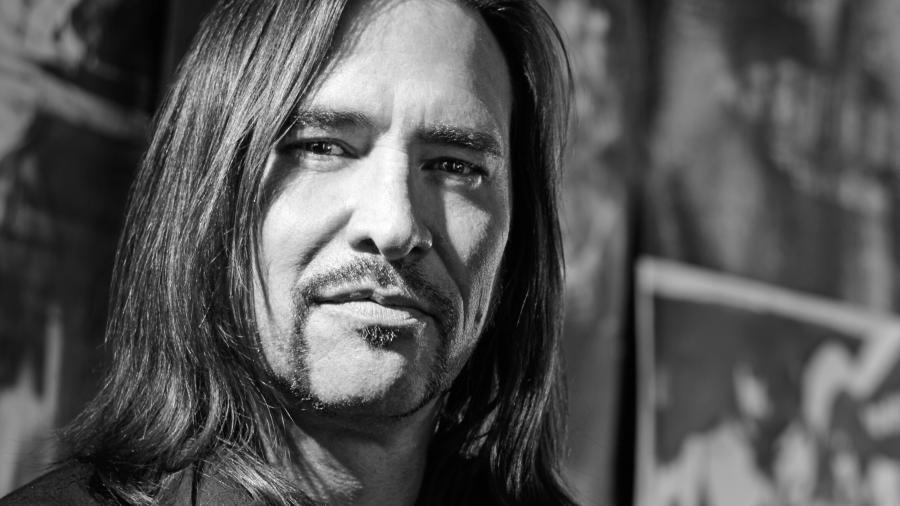 Carrying on the tradition of excellence that former Reed print manager, Bob Coller Jewett did for 26 years, Sean Tracey personifies the Reed motto: “Artists Working For Artists” — and he does it with a distinctly local flair.

A ﬁfth generation Coloradoan, Sean has navigated his way through the business of art while almost effortlessly blending three distinct vocations, artist (as seen on the lower left) and photographer, with the highly technical trade of commercial and fine art reproduction.

Entering the art business at that crazy point in time when the Digital Revolution was just starting to shake the Old School to its foundations, Sean immersed himself in traditional color correction, while mastering the technique of dry and wet etching of (real) ﬁlm. Yet, when Photoshop made its first appearance in the early Nineties, he was not so entrenched in the old ways that he could not readily embrace the possibilities of this revolutionary new medium.

A longtime veteran of some of Denver’s most respected art reproduction storefronts, Sean can now add Reed Art & Imaging to his already impressive list of credentials.

Away from Reed, Sean stays busy in the creation of his own vision and credits Denver’s vibrant local art scene for the opportunity to feature and sell his work.

“I’ve been very blessed to have associated with and collaborated with many talented artists in the Denver Metro area. I have consistently averaged at least one solo and a few group art shows each year for over a decade now.”

Sean has always been excited about the possibilities of high-end inkjet printing  and now even more so, given Reed’s longtime dedication to this state-of-the-art method of color reproduction.

“I take great pride and honor in upholding the reputation of quality and excellence that Bob Reed has established for more than forty years. Each day I look forward to working intimately with many types of amazing artists and photographers throughout the country.”

The Reed Team is also excited about the possibilities that Sean Tracey brings to the company and looks forward to many years of working with this “Artist Working for Artists.”